Jason from Mousepickle takes part in charity challenges from time to time, and is always on lookout for generous sponsors! Most recently featured is the ‘Movember’ moustache-growing challenge for charity...

The finished Derek Smalls continued to flourish for a further month; it is pictured here just before Christmas (at which point it was ceremoniously shaved away), with me trying to adopt an air of regal beardedness... 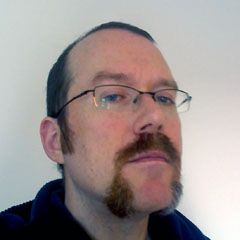 The moustache is now fully grown, and votes for the Derek Smalls style outweighed other options by a huge margin. It is therefore my pleasure to present the official final-whistle photo... 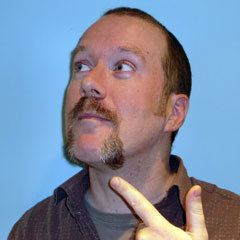 Calls for the finished article to be ‘black and whiskery’, which would have been totally in keeping with the famous facial topiary on which my humble efforts are based, were not unheeded, but the natual colouration of the beard hairs has of late tended towards grey...

The good news for ’tache lovers is that I plan to continue growing this thing for another fortnight. A final, final photo may turn up yet!

I’m half way through the moustache growing challenge, and by the look of the donations received so far it’ll be a Derek Smalls that ends up gracing my face at the end of the month.

If you would rather see a Clark Gable or a King Charles the First, then pop over to the JustGiving page to make a donation (however small) and state your preference!

I also asked Becky to take a picture of the work in progress, and from it I rustled up visualisations of how the three prospective styles might look.

Movember (a portmanteau of the words ‘Moustache’ and ‘November’), also known as Novembeard, No-Shave November, or Noshember, is an annual month-long event involving the growing of moustaches during the month of November. For some years now, the Movember Foundation charity has run Movember events to raise awareness and funds for men’s health issues, such as prostate cancer and depression, in Australia and New Zealand. In 2007, events were launched in Ireland, Canada, Spain, the United Kingdom, and the United States..

This year I’m doing some contract development work at UPC during the month in question, and some of the guys there have been putting together a team of ’tache-growing experts to try and trump the beardy guys from the UPC head offices in Amsterdam (no mean feat, if it can be achieved).

I’ve grown a beard or two in my time, so have lent my skills to the squad, and will be attempting to muster one of three classic styles before the month is up:

If you would care to make a donation to this excellent cause, via the team’s JustGiving page, please mention me by name, and indicate which of the three styles you think I ought to go for. The style with the most votes will win the day, even if I haven’t grown enough face-fluff to pull it off very well!

Here’s the official starting photo for my facial hair efforts, as clean-shaven as I ever get...