Jason from Mousepickle takes part in charity challenges from time to time, and is always on lookout for generous sponsors! In June 2008 there was a charity bike ride; this potted report on the London to Brighton bike ride provides a bit of background to the 2009 event...

06:40 - Running rather late after a bleary start to the day, I have to stop on the slip road at Reading to check that the bike rack hasn’t come loose. It has, and I end up grubbing about in the gravel trying to hook it onto the exhaust mounting.

08:04 - Eventually we get to Clapham Common, bikes primed, and ready for the off. It still feels very early and we’re blinking in the bring morning sunlight. 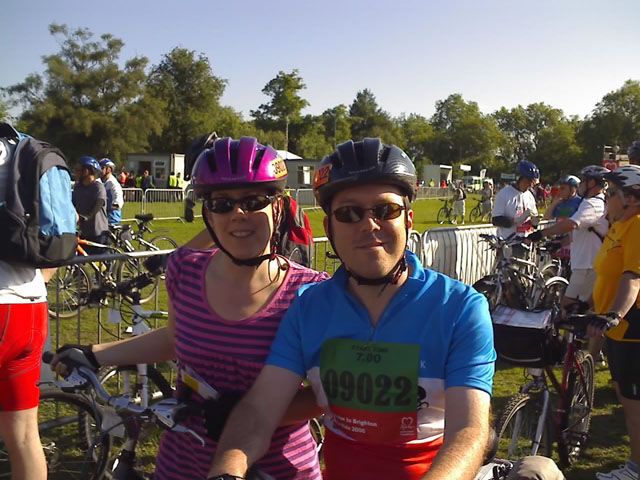 About five minutes later, we were dispatched into the wilds of South London. By 08:15 we’ve already hit our first ‘bike jam’. This one is caused by the busy junction near the corner of Wandsworth Common. One reason the event is held on a Sunday is that other road traffic is light, so we disrupt them less, and (more importantly) they don't cause too many hold-ups for the 27,000 cyclists. 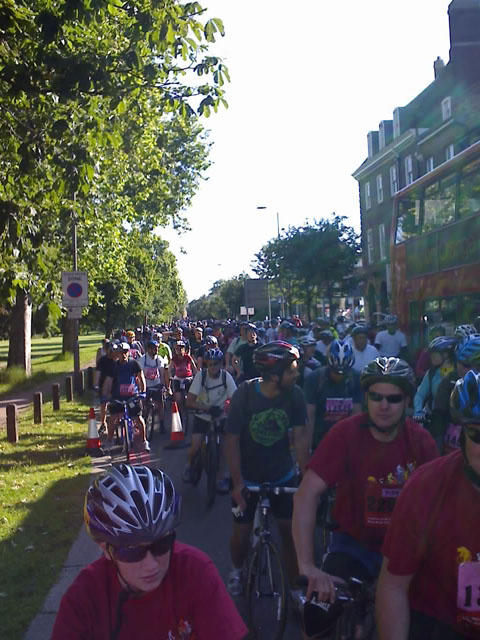 Things go well until another bike jam at 10:17. As well as busy road junctions (much of the route is open to regular traffic), these stoppages can be caused by accidents. Collisions between cyclists are pretty common because the road is so crowded, and whilst the low speed ones are generally laughed off (we saw several happen right in front of us) significant injuries can occur. We saw medics attending to a broken arm, a bleeding head, and two unconscious cyclists.

The sponsorship money we raise doesn’t go towards funding the medics, marshals and so forth; there’s also a separate entry fee for each cyclist, which covers all the admin costs. 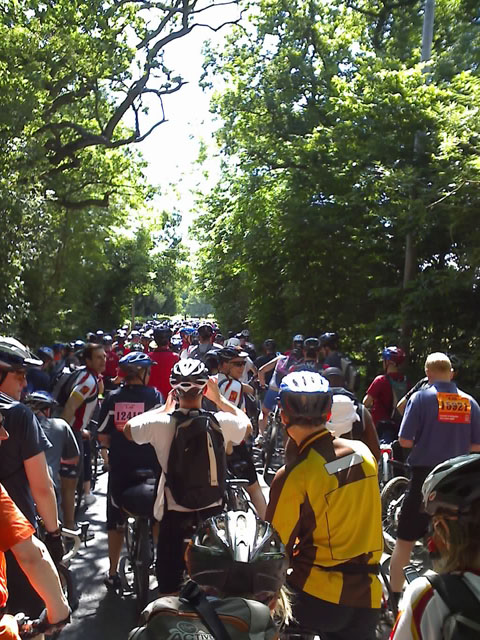 There are long stretches where the going is pretty easy, like the section shown below, but the route cuts straight through the Downs, so there are fast winding sections and hill climbs to contend with. 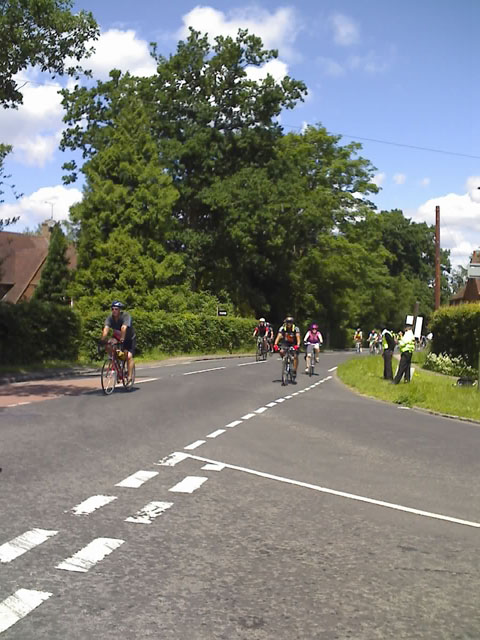 We reached the top of Turners Hill by 11:45. It’s the first significant climb, but cyclists are rewarded with two pubs, free water, and a brass band playing rousing tunes of Britishness (Theme from The Great Escape and suchlike).

The nasty climb is, of course, Ditchling Beacon. I hit the top at 13:36, and I ended up looking a bit dazed after making the climb non-stop. Phew! 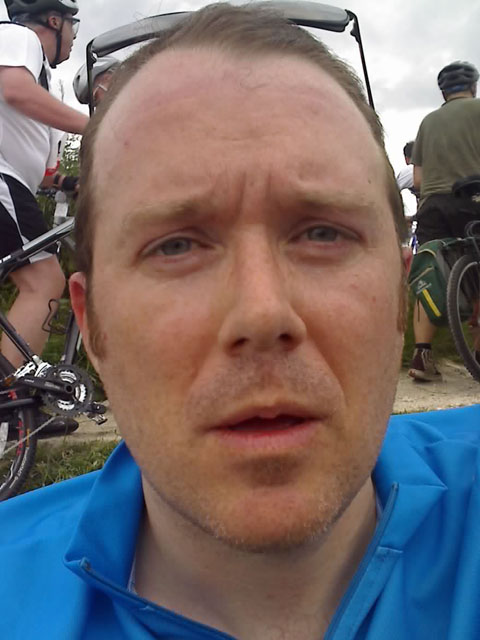 It would be nice to suppose that after a recuperative orange ‘Calippo’ at the top, the ride down to Brighton seafront would be relatively easy; certainly it’s almost uniformly downhill.

The trouble is that it’s further than it looks, and it’s 3pm by the time we pick up our medals and gaze out at the sea... 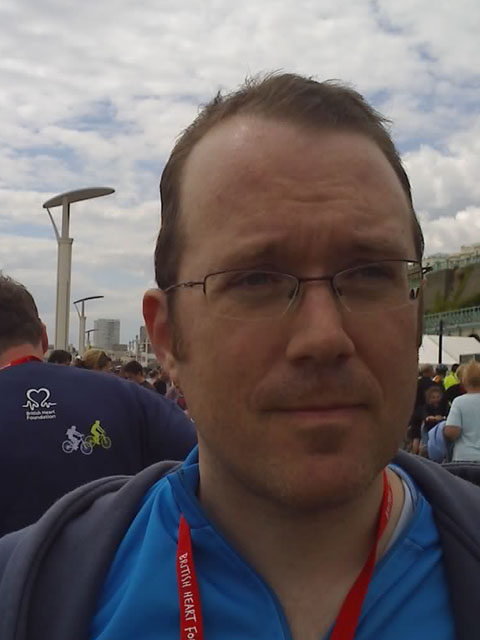 At this stage I don't think it’s quite sunk in, and I for one was still cycling in my mind when I hit the hay later that evening. Time to start planning for next year!